From street boys to the primary school in Kit 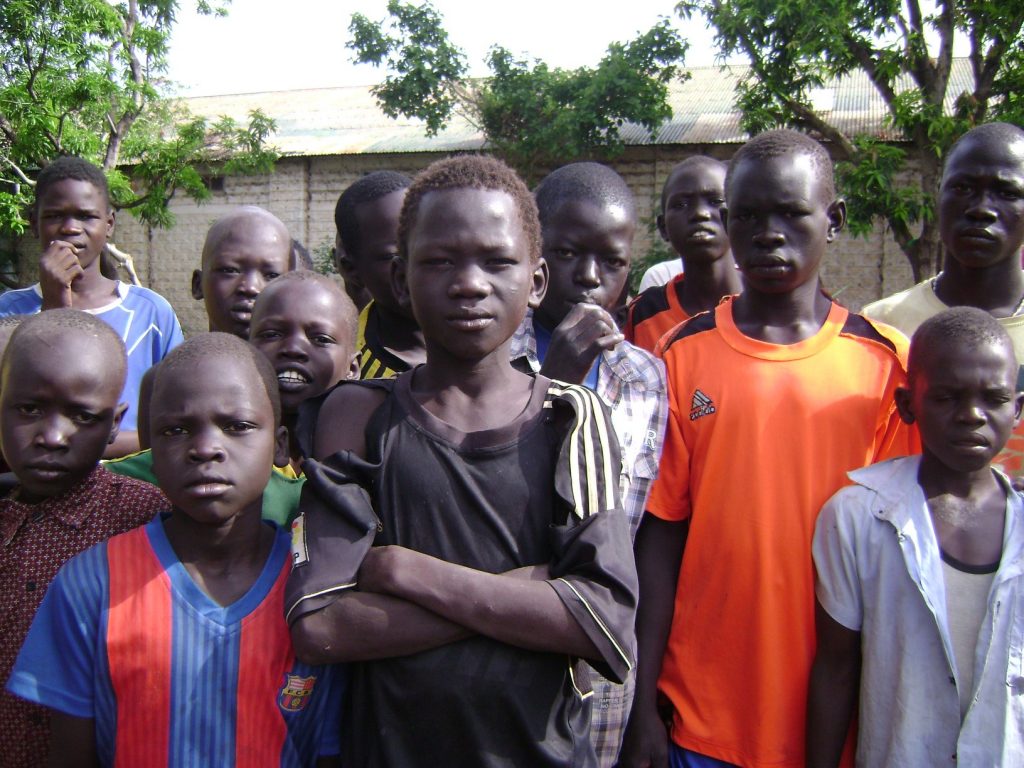 Juba is the capital of the newest African country: South Sudan. Here, a kind of miracle happened recently. And though it could not be appreciated by all, those who witnessed it valued the event in its real import: 17 abandoned children were rescued from wandering around the streets and started the trip of their lives on the last day of February 2018. They are part of a long awaited educational project which hopefully will take them far off into a different future. That is their dream, but they are conscious that their efforts will also benefit their country, as well as, their very selves. God’s designs of peace and justice for the suffering peoples of this impoverished country can easily be recognized in this sign of His providence. 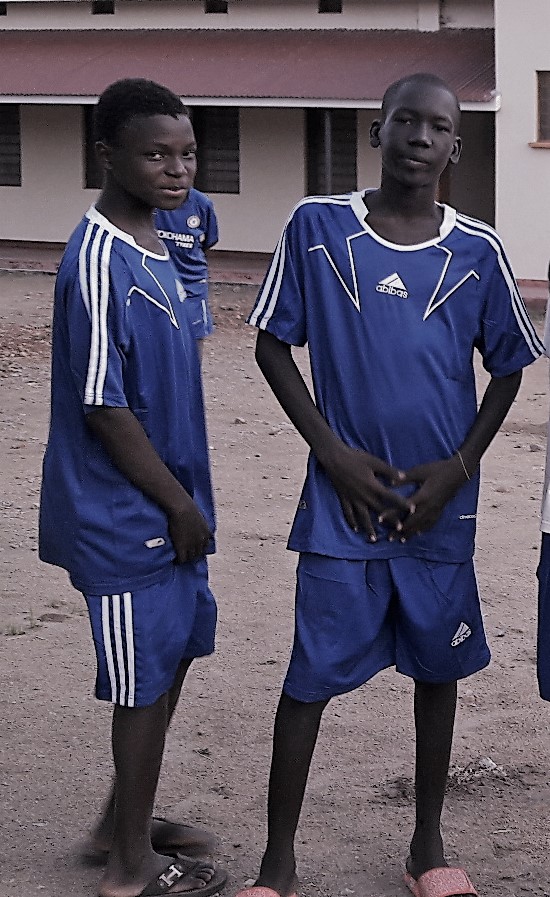 “My name is Johnson” answered, in Arabic, the slender and tallest of the group of children. Wearing the blue colours of the London Chelsea soccer team, Johnson and his companions were sitting at the back of an opened four-wheel-drive vehicle. A kind of transport you must have if you want to reach anywhere in South Sudan. Anyone seeing those children dressed in blue, would have payed attention to them: it was a weird sight in a country that was supposed to be ravaged by civil conflict and stricken by poverty. “Who were they? Why were they uniformed in such a way? Were they a school team preparing themselves to beat a neighbouring school?” The answers to those questions were not simple and went beyond the appearances. Paolino, in charge of their transportation, narrated a very diverse account: those children had lived sad stories of abandonment, drug abuse, juvenile crime, poverty and a chain of unending sufferings. 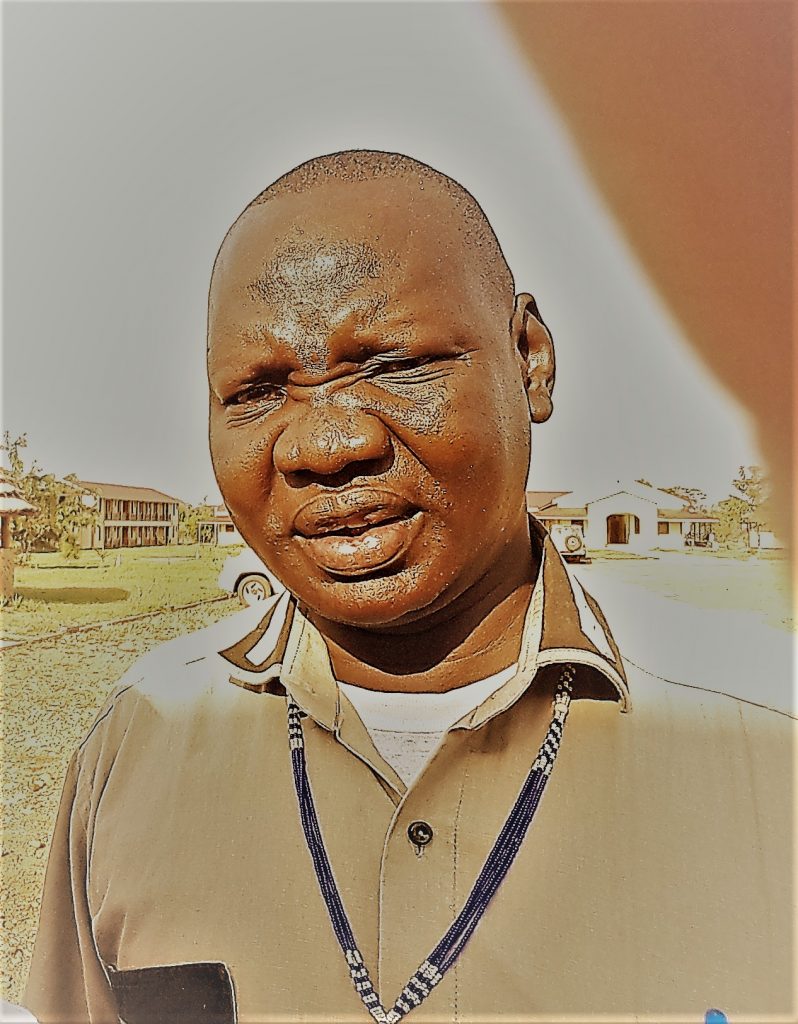 Paolino Tipo Deng is a South Sudanese Comboni missionary priest whom was deeply struck at seeing those children living in such an appalling condition. So, he took upon himself the task of doing something to change their situation and prayed that God may help him in his purpose. Now he oversees an educational project which hopefully will take at least a hundred children out of the streets and will give them back an opportunity to study and enjoy their childhood for the first time in their lives. The “dine–and–out house” from where Paolino rescues those boys is a half – ruined place. It used to be a religious formation house, but after several years of war and strife, the building is all but a comfortable home –in fact, it lacks many services– , but for around a hundred street boys, it is the only home they know: a place where they may shelter by night, be fed during the day and, after some recent works of maintenance, have a decent shower as well.

Some days back, two Comboni missionaries had visited that “house” and they were struck just by the look of it. They had found the children kicking around a deflated soccer ball and when they had seen the visitors, all the street boys had come to greet them surrounding their car:

“What are you doing here?” one of the missionaries had asked, very curious, in Arabic.

“This is the orphanage”, one of them, smiling, had managed to answer him in English. 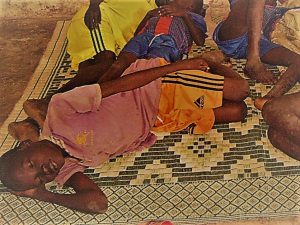 Later, one of those missionaries was given the chance to accompany Paolino and the first group of street children in their trip to the village of Kit and their new home: “Brother Augusto Memorial Primary School”, an educational boarding facility run by the Saint Martin de Porres Brothers, a local congregation founded by two famous Comboni Missionaries: Bishop Sixto Mazzoldi and Fr. Giovanni Marengoni.

After 40 minutes, including a short stop to refresh the passengers with some soft drinks, the group arrived at the Good Shepherd Peace Centre in Kit, a newly made Comboni facility, furnished with a chapel, a refectory and accommodation for up to 35 retreatants and cared for by a religious community under the umbrella of “Solidarity with South Sudan”, an inter – congregational initiative to foster peace and justice in the country. 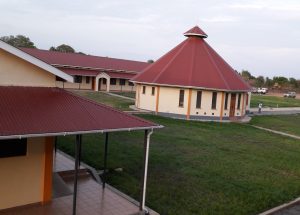 The children were impressed by the beauty of the compound. As they came down from the car, one of the missionaries asked them:

Father Paolino gave them the keys and a padlock to keep all the stuff they were given for a start. From then on, they were made responsible for their own toiletries and educational materials. Before they didn’t have anything, now all their hopes were kept and symbolized by that trunk. They spent some nights at Kit Peace Centre before their new huts were readied nearby their school.

Father Paolino foresees that he will need great financial support to continue helping the street boys. He is always pointing at the advancement of those youngsters:

Among other things, Father Paolino will have to improve the living conditions at the orphanage in Juba, then he has a plan to build proper boarding accommodation for around 100 children near the primary school. But the big issue is not only to put up structures but to be able to run them. He is quite becoming the foster parent of all them.

Paolino giggles remembering the wit of the children, whom were able to call thus their forerunner in faith and in human development. 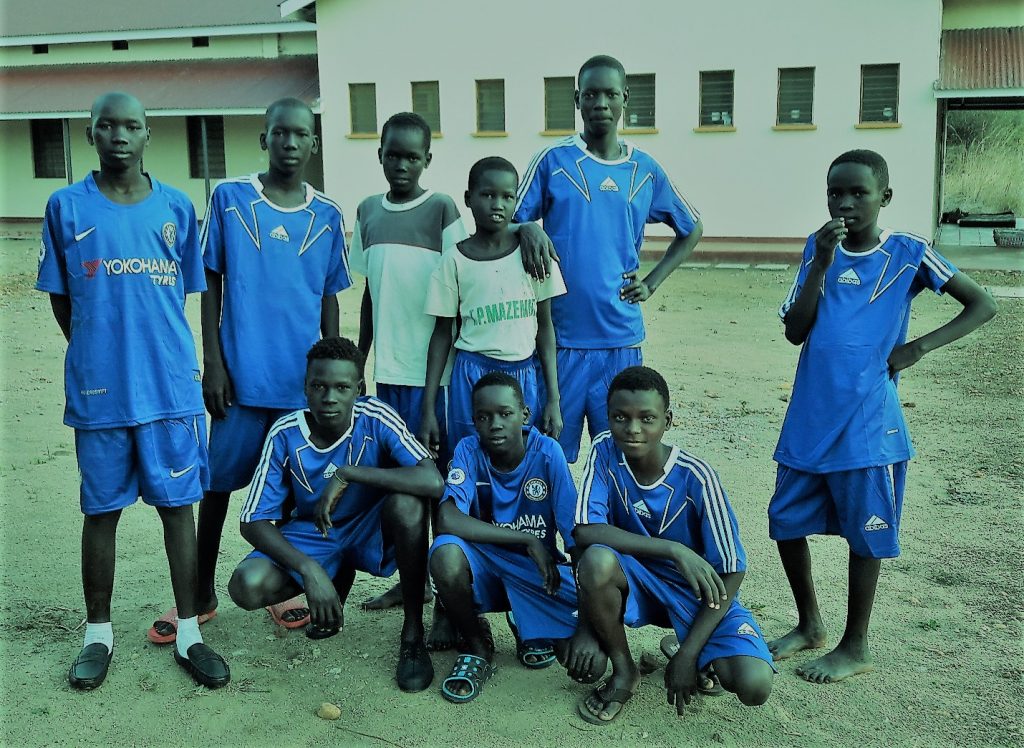 Some of the new comers posing for the journalist.

Before the day was ended, the missionary assembled the newcomers and gave them some advice. He told them not lose their opportunity. He spurred them to be brave, because the road ahead would be challenging and difficult. He encouraged them to be the future leaders of the nation and reminded them that the success of the project was in their hands:

The children listened to their mentor with much attention, they filled their souls with great ideals, with hope and faith. But while they were learning also some other Christian values they had never heard before, the smallest one in the group raised up his hand to pose a demand: 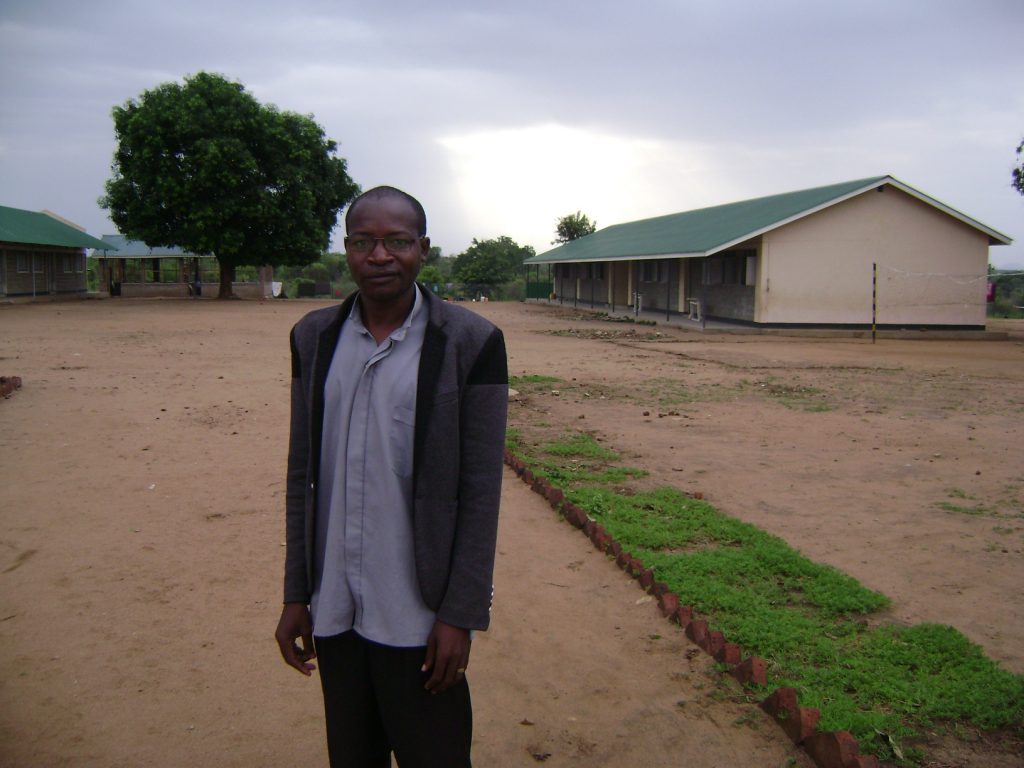 Br. Santrina is a teacher at Br. Augusto Memorial Primary School in Kit, where 18 street children are now studying.

Some days after, Brother Santrina, one of the teachers at the Brother Augusto Memorial Primary School, informed the missionaries that the new comers had settled down quite well and they were not giving any special trouble to the school personnel. Moreover, they all seemed to be very happy with their new school life.

(If you are interested in helping in this educational project: please, contact Father Paolino Tipo Deng, at this e-mail address: paolitipo@yahoo.es )