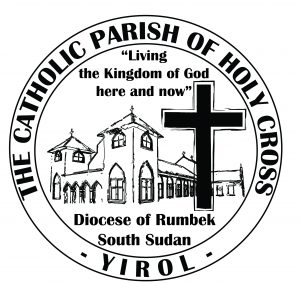 Yirol mission is situated in Eastern Lakes State in South Sudan. The Catholic Church started its active presence in the liberated area in November 1991. From April 1992 to May 1997, the mission was abandoned due to the military occupation by the Northern Sudan army. However, a stable presence of Church’s personnel has been reestablished in 1999 and ‘Holy Cross Parish” founded as a part of Diocese of Rumbek. Comboni Community officially was set up in Yirol in 2008.

The Comboni community of Yirol is composed of five members:

Yirol mission is under the Diocese of Rumbek and the population is mostly composed of Dinka, the largest ethnic group of South Sudan. This Dinka population in Yirol is increasing so fast with many other ethnic groups apart from the main ethnic groups of the area. Other groups are the Jang and Atuot. They are all pastoralists. The area has been also welcoming many returnees coming from the Sudan. Besides this, there are many people from Darfur, Eritrea, Kenya and Uganda, who have come there mainly for business reasons.

The pastoral activities are to be understood in the context of first evangelization.

Holy Cross Parish, apart from the main centre, has at the moment 10 other Pastoral Centres with an average of 6 sub-communities which give a total of 58 places of prayer. The “Catechists” are more than one hundred, though many of them are poorly prepared and lacking consistency in their service. The formation of the catechists is one of the major tasks so that they may be empowered and become active and consistent pastoral agents.

This ministry is mainly carried out by Fr. Pedro through formation, workshops, sport activities and seminars.

This ministry is mainly under the care of a sister of Mary, Mother of the Church where women are empowered with various skills such as sowing, knitting.

The parish is also concerned about the illiteracy of many men and women. Adult education program is put in place to give chance to the population to catch up with the benefits of education that the war made previously impossible.

The parish is currently running 3 primary schools: Holy Cross Primary School with around 1.800 pupils and St Daniel Comboni Primary School with around 1200 pupils this year. The third school run by the confreres is dedicated to the education f grown up student according to the idea of Accelerated Learning Program (ALP) proposed by the Education Department of Diocese of Rumbek. At the same time, the parish takes care of many satellite schools by supporting them with scholastic materials. Some classrooms have been built with the parish support.