New personnel is our critical need

Visit of FSC Superior General, Br. Bob Schieler, to Solidarity Teacher Training College, Yambio. One of our ten year members, Sr Margaret Scott RNDM (Principal) is on the far right while another, Sr Margaret Sheehan FCJ (Deputy Principal) is third from the left

When the Church speaks of a ‘preferential option for the poor’, South Sudan is certainly one such place needing preferential assistance. A couple of weeks ago, I wrote to the leaders of Religious Congregations, seeking new members willing to embrace our valuable ministry in South Sudan.  Inter alia, I asserted,

The first ten years have seen us become a well-established, recognised and credible Church agency. We have developed strong support structures through our Fundraising Office in Rome, Friends in Solidarity in the USA, and the administrative and the financial expertise in our Rome and Juba offices. Our Board has developed comprehensive Governance, Personnel and Finance Manuals along with clear policies and a well-articulated Strategic Plan to take us forward.

For the next ten years, however, we need an infusion of new personnel and increasing focus on self-sustainability and transition of the administration from our expatriate hands to the local Church. I think it is true to say the in-fighting and destruction in South Sudan has slowed us down but has not deterred us from our purpose. Some of our energies have been diverted into trauma healing and humanitarian aid but our principal mission is to set up self-sustainable institutions and programmes that will eventually be handed on to the local Church in South Sudan. The pressing present need now is new personnel.’

New personnel is our critical need. While it has been great to have some extraordinary examples of stability among our members, each of those members is now ten years older than when Solidarity began the insertion into South Sudan. The leader of our pastoral team, Fr Manny Ginete CM, from the Philippines, a highly qualified and competent Vincentian priest, has held that position for seven years. Understandably, he is now required by his congregation to take up an important seminary appointment next year. We need a replacement. The designated mission of Solidarity is not to deliver the service ourselves but to train the South Sudanese people in service delivery. So we don’t run parishes, but we train local priests and catechists on how to develop small Christian communities, seek grants for pastoral programmes (since the people are too poor to participate on a ‘user pays’ basis), run programmes on catechesis and trauma healing – and so on. We need more than one new person with pastoral skills that they are willing to pass on to local Church personnel in South Sudan. Yes qualified lay people are also welcome.  Currently, we have several lay Solidarity members making a great impact. We also need tutors for nursing, midwifery and teacher training as well as having various other positions to fill. I myself will be handing over my responsibilities in April next year to my designated successor, Fr Jim Greene MAfr, for no other reason than, at age 75, I must face the reality of diminishing energy levels.

New energy is needed. The people see hope and solidarity in our continuing presence. 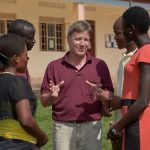 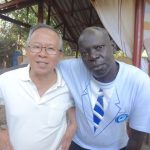 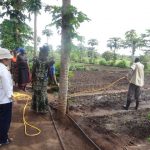 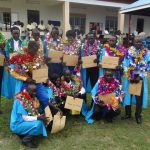 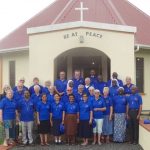 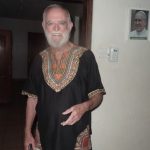 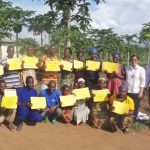 Sr Rosa Le Thi Bong RNDM, second from right, another ten-year member, with a group of local farmers who have just received their certificates after a farm-training workshop 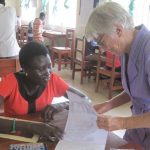 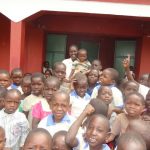 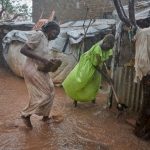 Rene Abdallah (left) and Anjima Fahal struggle to keep water out of their shelter during a heavy rainstorm in a displaced persons camp at the Holy Family Catholic Church in Wau, South Sudan. The church has provided food, shelter material, and health care, and the presence of clergy and religious has fostered a sense of relative safety for the families who first occupied the church grounds when fighting enveloped the city in 2016 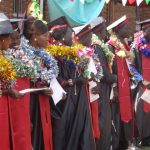 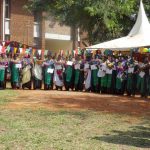