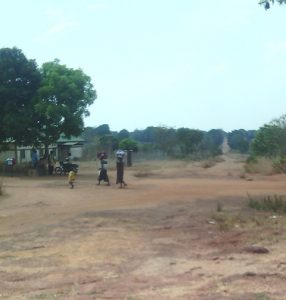 Emmanuel A., a resident of Lomin, Kajo-Keji, has informed that on Sunday, 22 January 2017, “Christians gathered for their Sunday prayers in Modikolok chapel and at around 11:00 am some armed men in military uniforms arrived and told people to leave the chapel because they were looking for armed rebels”. The source further informed that “when people were leaving the place they started running and were shot at resulting in the death of catechist Lino Pajo, of Mogire, and five other church goers”.
Another source said that “news outlets reported on last Sunday’s incident saying that some IO soldiers were identified in the area. This would have made government soldiers (SPLA) to search for them”.
Moses, another Kajo-Keji resident, added that “a disabled man on a wheelchair was shot, houses were burned and civilians tortured”.
Later in the week, on Wednesday 25 January, a lot of gunfire was heard at around 5:00 am in the vicinities of Mere, located just about 7 kilometres Kajo-Keji down town.
It has been reported that rebels affiliated to IO attacked the local police station resulting in the death a soldier and a police officer and the looting of ammunitions. An IO soldier would have been arrested, according to reports.
This violence and insecurity situation has prompted a massive exodus towards Uganda.
A local church leader has informed that “thousands of Kajo-Keji residents are leaving the area daily on foot, by bicycle, motorbike or in lorries carrying some of their belongs. Some stop for the night in the church compound and proceed the next day. They are heading for refugees camps in northern Uganda”.
Fr. Jesus Aranda, the parish priest of Sacred Heart Parish in Kajo-Keji said that “Wudu, where the main market and local hospital are located, has become almost a ghost place. Only a few residents can be seen around”. He estimates that “85% of the population have fled the place and sought refuge in Uganda”. This would be about 75 thousand people forced to leave their homes by insecurity and conflict.
James K., another Kajo-Keji resident said he is “in pain for what is happening in Kajo-Keji. His own family has left the town this Friday at 7:00 pm due to the deteriorating insecurity”.
“All of us, seven children in the family, were born in Uganda, after staying for 22 years in Uganda, we came back home to Kajo-Keji to start a new life in our home land, in 2008. We participated in choosing the new nation with a lot of love and hope but now we have a different outcome. It’s only God who can change the hearts of our leaders in S. Sudan”, said James. 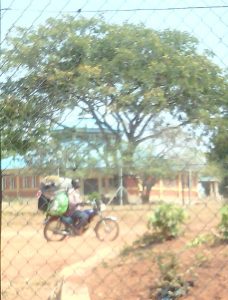 “Where are they are going to stay?” he asked in sadness. “I don’t know, but I believe God is there for them all. But it is a shock for me, because I thought my place would be peaceful, but our leadership has proven me wrong by these sad events”, he added.
Missionaries evangelising in the area are assessing the situation as regard their work. They said their church congregations have drastically reduced. Church goers have become refugees in Uganda. They are now considering offering pastoral assistance to Kajo-Keji refugee families in across the border.
Very few students have been enrolled in Kajo-keji schools this year. Most students and teachers have also left the area for fear of more insecurity and violence. The prospect is that school might not open this year in Kajo-keji, if the situation does not improve.
There are also reports that fighting broke out over the past few days on west bank areas of Upper Nile between government troops and SPLA-IO fighters allied to former vice president Riek Machar.

These clashes take place just forty days after South Sudan President Salva Kiir announced the commencement of a national dialogue on 14 December 2016 that encompasses all the country’s rival political parties and groups as “a measure to consolidate peace” in the country and in “pursuit of national unity and reconciliation”.