By Christian Carlassare – On the occasion of the 150 year anniversary of their institute foundation, the Comboni Missionaries in Juba brought together students of different schools in the town to play a football peace tournament.

The competition includes eight male teams and a volleyball tournament with four female teams. They will compete for the 4th edition of the Comboni Cup playing in their respective categories. The venue is the Comboni Secondary School of Juba.

The football matches kicked off on Monday 23 with a first game between Supiri Secondary School and Juba Day Secondary School. Supiri won by penalties shootout 6-5 and is through for the semi-final. 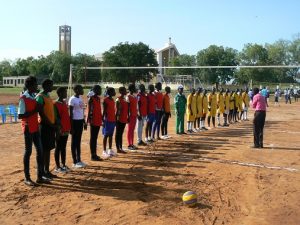 Fr Louis Okot, Provincial Superior of Comboni Missionaries in South Sudan, said that it is an occasion for the youth to come together, foster friendship and develop their sportive skills.

This peace tournament is an initiative of the Justice and Peace Office of the Comboni Missionaries in Juba.

It aims at promoting respect, peace and reconciliation between different groups though sport. The initiative can be also an occasion for the youth to strengthen their option for peace at home, at school and in society. 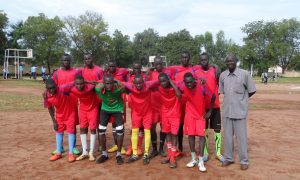 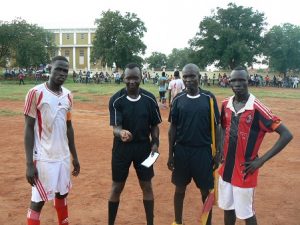 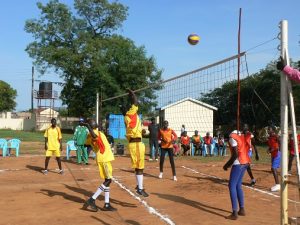